Co-founded in 1984 by former accordionist, stilt-walker and fire-eater Guy Laliberté (whose personal wealth is now estimated at US $2.6 billion, according to Forbes Magazine), Cirque du Soleil is a globally successful entertainment brand, with an estimated annual income exceeding US $810 million thanks in part to popular touring productions such as OVO, which opened in Melbourne last night.


Based purely on the skill level of its participants, OVO – a fantastical, anthropomorphised view of the insect world; Microcosmos with acrobats – is spectacular in the extreme. However it is also strangely passionless, a garish spectacle over-produced to within an inch of its life and almost entirely lacking in emotion and drama...

Read the full review over at artsHub.
Posted by richardwatts at 9:07 pm 1 comment: 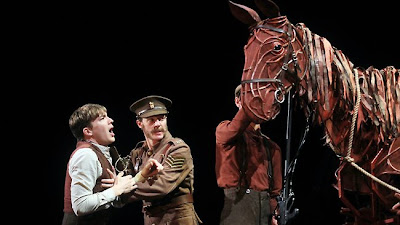 Monday night was New Year's Eve, and I had the pleasure of doing something rather special that evening. Instead of rocking up to a house party or a bar, I was one of many Melburnians lucky enough to score themselves tickets to the opening night of War Horse:


Based on British author Michael Morpurgo’s 1982 children’s book, War Horse is the story of Joey, half-thoroughbred and half-draft horse, and Albert Narracott, the country boy who loves him. When Joey is sold to the army by Albert’s drunkard father, becoming a cavalry horse amidst the horrors of the Great War, 16 year old Albert goes to great lengths to bring Joey home, struggling through trenches and gas attacks in a seemingly fruitless quest to be reunited with his steed.

Adapted for the stage by Nick Stafford in association with Handspring Puppet Company, the National Theatre of Great Britain’s War Horse is a magnificent spectacle, featuring sophisticated and striking stagecraft and remarkable life-size horse puppets made of steel, leather and aircraft cables. Additional puppets, including an engaging comic relief goose, also feature, alongside a sizeable human cast.


My full review of the production is online over at artsHub; I invite you to read it in its entirety. 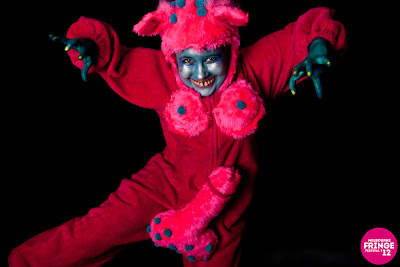 And so 2012 has come to a close, with the stage production of War Horse (which I attended last night) as my final live performance for the year, and show number 122 for the year. That's a pretty good tally, and ranges across most art forms: circus, cabaret, comedy, physical theatre, dance, and both independent and mainstage theatre. (I haven't included live music in that tally for some reason - must remember to correct that this year. Nor did I see any opera; something I should also try and change in 2012.)

Listed below, in chronological order, are my 2012 performance highlights (eagle-eyed readers may not that this list replicates in part an earlier list published in 3RRR's subscriber magazine The Trip; this is the expanded version).

The Year of Magical Wanking

Staged at Theatre Works during Midsumma, this Irish one man tour-de-force was a candid and confrontational study of sexual addiction, and a potent blend of poetry and anger, humour and shame.
Read full review.

The Wild Duck
The Malthouse staged this acclaimed Ibsen adaptation by Simon Stone (via Belvoir) which actually lived up to the hype. Theatre at its minimal, powerful, imaginative best.

Le Gateau Chocolat
With a voice like chili chocolate, and a remarkable gift for both tragedy and comedy, this  Nigerian born, English-based cabaret singer performed a short season at The Famous Spiegeltent in March, reprising his acclaimed solo show from the 2011 Melbourne Cabaret Festival. It was even better the second time around, as I got to share the experience with friends. They were not disappointed.

Felicity Ward in The Hedgehog Dilemma
Poor hedgehogs. So spiky that if they huddle up for warmth, they risk hurting one another. A potent metaphor for human interaction, and in this instance, an astute blend of hilarity and heartbreak from one of our best comedians. If any dickhead ever tells you “women ain’t funny,” take them to see Felicity Ward.
Read full review.

Dr Brown – Befrdfgth
Comedy has a new name, and it’s Dr Brown. Seriously the funniest man I have seen all year – in fact all century.

Robots vs Art
Set in a future where the last remaining humans toil in the mines for ores needed by their robot masters, Travis Cotton’s dystopian play at La Mama Courthouse was savagely funny and strangely thought provoking.

Show Me Yours, I’ll Show You Mine
Sydney writer/performer Tim Spencer’s Melbourne Fringe two-hander, a documentary theatre piece demystifying sex work, was as much a play about theatre as it was about the sex industry. Thoughtful, focused, and deeply engaging.

No Child…
Presented as part of the Melbourne Festival, I’ve never seen a Melbourne audience give such an instant and deserved standing ovation as occurred at the opening night of this one woman show about the power of art and the American school system.When it returns to Theatre Works in 2013, No Child... is a must see.

An Act of Now
Another Melbourne Festival show, the latest Chunky Move production – the first directed by the company’s new Artistic Director Anouk van Dijk – was genuinely exhilarating; dance at its most vigorous, kinetic and thought provoking. I can’t wait to see what the company do next.
Read full review.

Margaret Fulton: Queen of the Dessert
This Theatre Works production was one of the most life-affirming and delightful shows I saw all year; for charm and freshness it beat major touring productions such as Annie hands down. The only times I wasn't smiling in this fresh new Australian musical about the life of national living treasure Margaret Fulton was when I was wiping away tears, during its deft transitions from comedy to pathos. If it has a return season, kill to get a ticket.